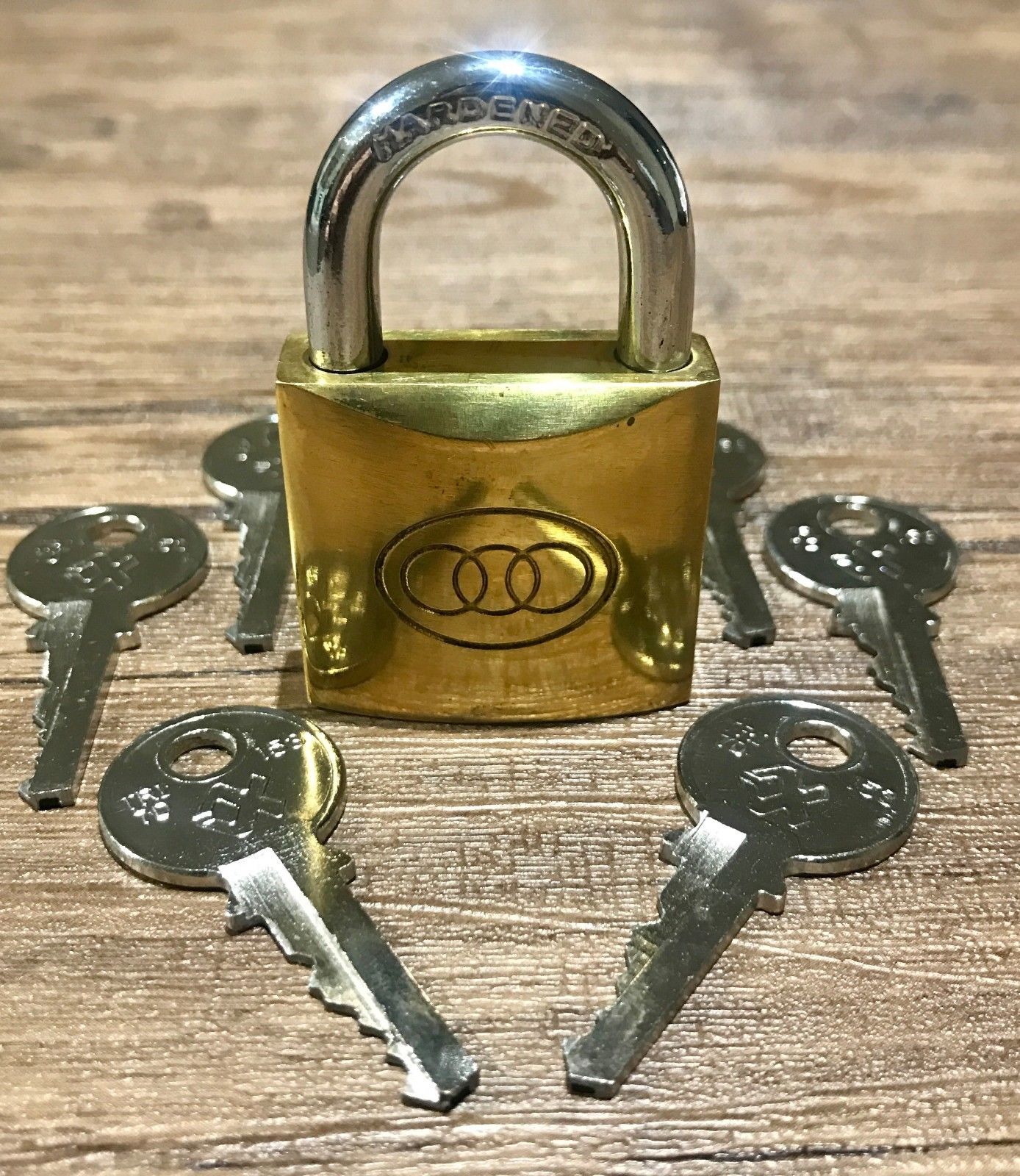 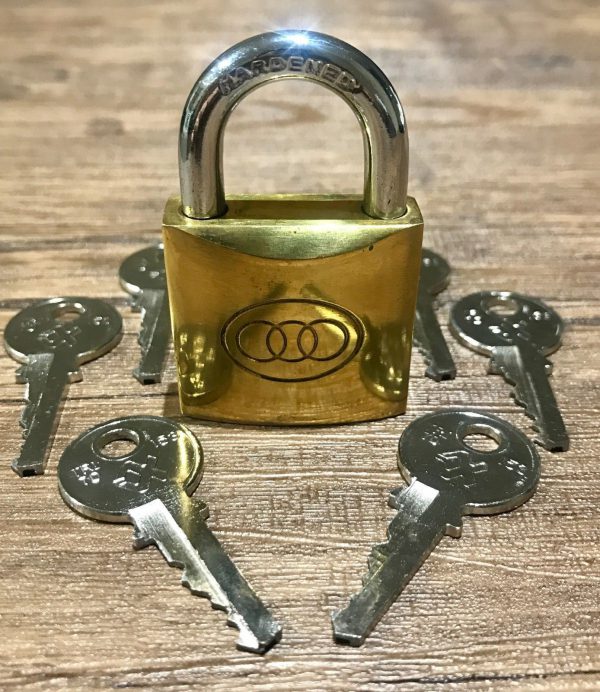 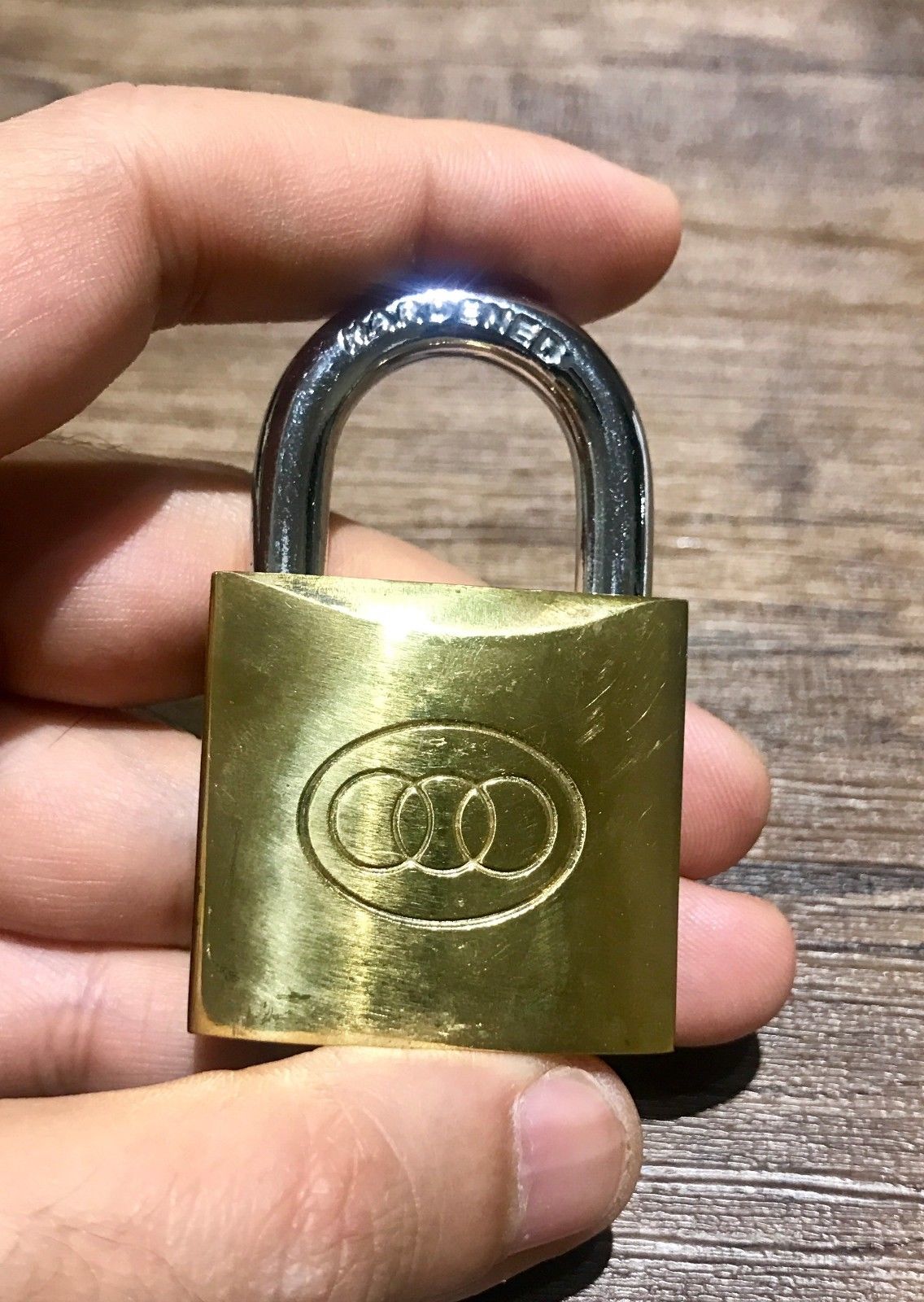 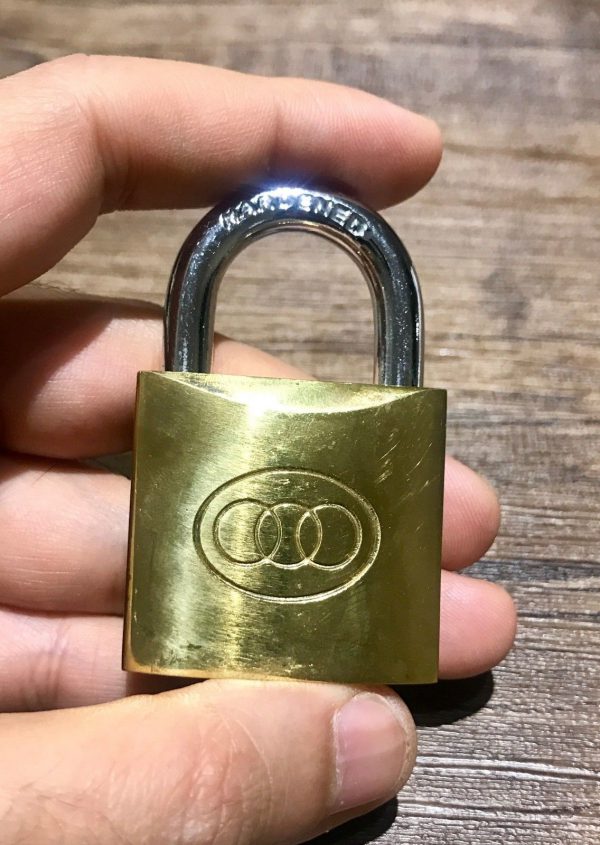 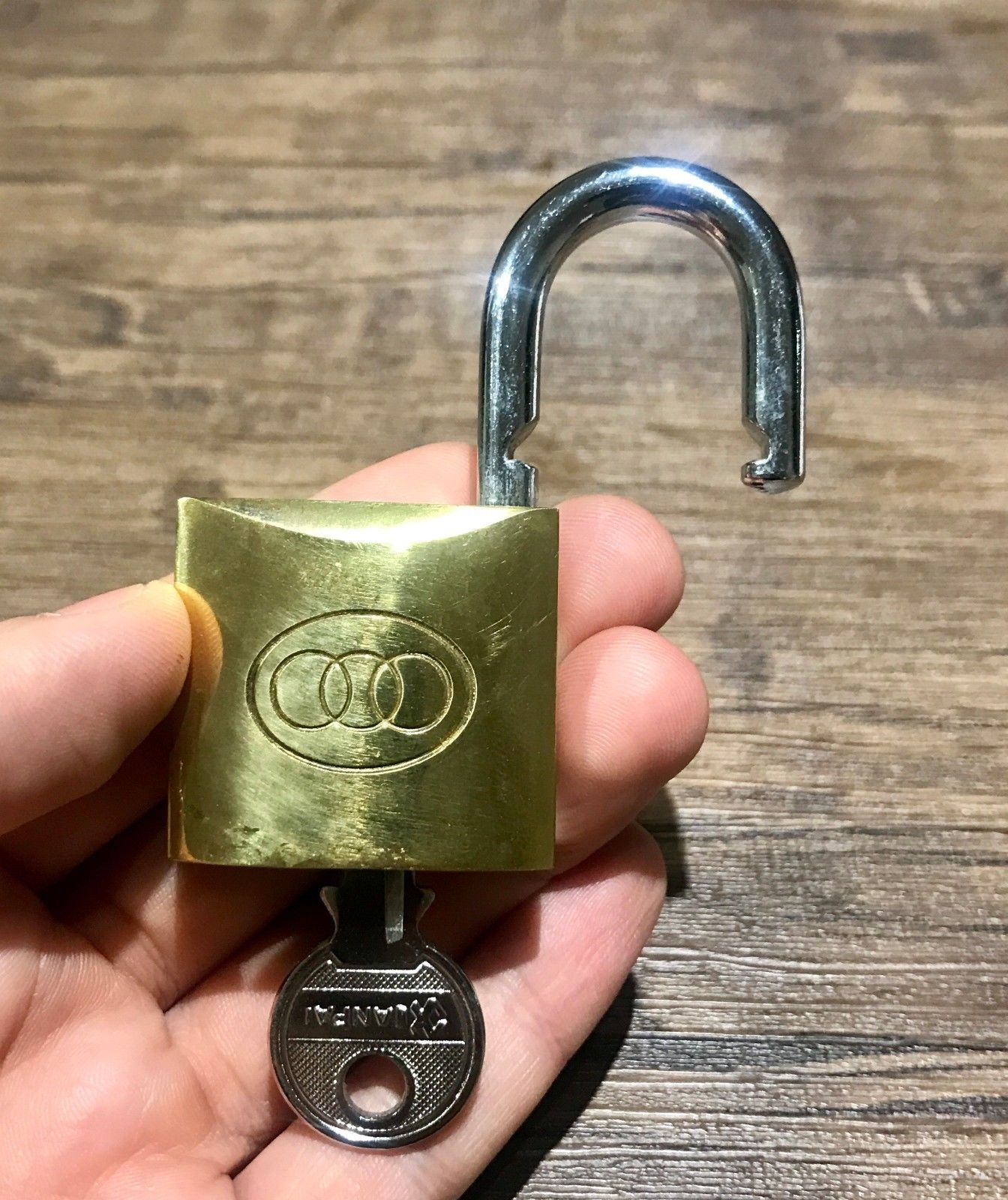 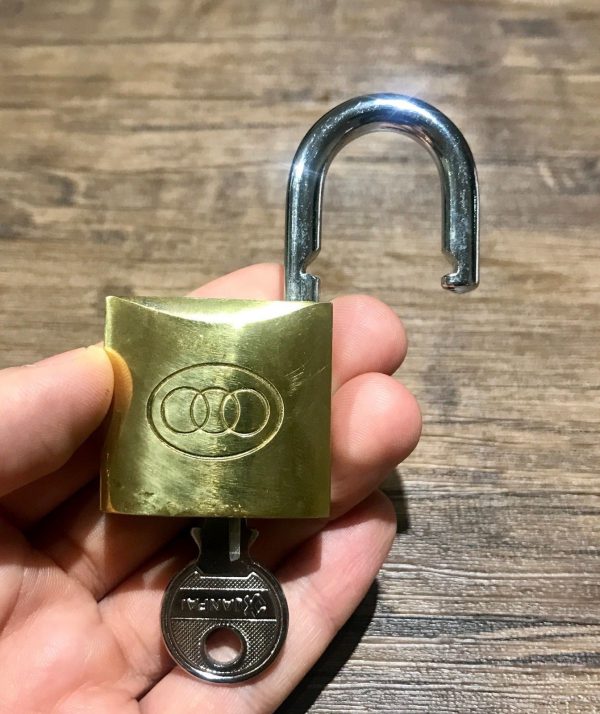 The performer shows a brass padlock and passes out five keys to five spectators. Each tries his or her key in the lock. None of the keys open the lock. The performer then takes out a sixth key and gives it to another spectator. The lock can only be opened with this key. The spectators are each given a small envelope and instructed to seal their key in it. The envelopes are held and shuffled by a spectator. Someone picks an envelope randomly. The key is removed and the performer now opens the lock with the chosen key.

A brass padlock with five keys is displayed, one of these keys opens the padlock, and the other four do not. A spectator is asked to freely choose four keys and leave the last one for the magician. The spectator fails to open the lock with his chosen keys, but the magician opens the lock with the remaining key. No matter how much the spectator tries none of the keys open it, only you can open it, they can even be holding the lock as you open it!
No Extra/Hidden keys! No Switches! No Reset Required!
Can be repeated instantly!

We Manufacture these professional quality products precisely and you can buy them with confidence.
Don’t forget to check out our shop for other items!
Quick Pick Magic.
London

There are no reviews yet.